In the mid ’70’s he co-wrote for and performed in a touring mime troupe, ‘Mime Machine’ playing at festivals in Paris, Amsterdam Ireland and all over the UK.

After fronting a rockabilly band in ’78 he joined The Stargazers – a retro jive R&B band. They were signed to Epic in 1980 – they almost had a self-penned hit ‘Groove Baby Groove’ but despite selling 36,000 copies of it and having a slot on Top of the Pops lined up they were bizarrely thwarted by a two week postal strike preventing their chart registered sales from reaching the Gallop Cart offices at the peak of their sales. Ah well – Up The Workers!

In 1982 they toured with Shaky and then for 6 weeks as Elton John’s support act – playing the (then) Hammersmith Odeon no less than 17 times in the process – thrice with Shaky and 14 times with Elton as his Christmas finale date. He had the venue wrapped in a big red ribbon… Classy!

Despite not having a hit single this band continued  and continues today. The Stargazers have a fine reputation on that 50’s retro circuit and headline many events in Europe, Japan and abroad. There latest album was launched December 2017 – ‘Carry on Jiving’ through Rhythm Rock-it Records. 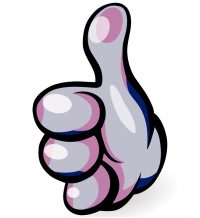 In 2008 Danny collaborated with Dean Whitbread on The Daily Song show – where 30 topical songs were written, recorded, mixed and released in 30 days – an arduous (for Dean – who did most of the work) process – but a very rewarding one that people still talk about today.

Danny is also developing and gigging a concept band – Jenny Cash and the Sons of Sue. This is a band that plays original material in the style of the ‘Maaam in Black’ – it is not a TG act – it is a concept act. One of their songs ‘Vote for me’ was used as the title track of a Norwegian political youth documentary. He is about to release an environmental protest song, ‘Good Ol’ Bees’.

Danny’s passion for music, broad perspective and ear for an audience’s desires are his principle gifts as a song writer and he is looking forward to many more years working in the industry.

Songs penned under the Jenny Cash name are country in nature, and by their very nature dealing with nature as well as and at the same as the country itself. Now if that doesn’t make a whole lot of sense, the songs sure do. Follow Jenny here: https://www.facebook.com/jenny.cash.106

Even though this song is called ‘Wedding Band’, The Stargazers aren’t a wedding band. They play proper rock and roll concerts in venues all over the world. That’s not to say they would turn down a decent wedding, but they are just as likely to show up at an indecent one. This song is track one from the most recent Stargazers’ release, ‘Carry On Jiving’ released on Ruby Tone Records in December 2017.